You are here: Home / Signs of Emotional Blackmail / Why the Words ‘I Can Make it Work’ is a Sign There’s a Problem

For several years, I thought it was my job to prove to others that I was worth it. Taking me on as an employee or even as a friend felt like someone was doing me a favour rather than seeing what I was capable of.

For so much of my young adult life, I sought to avoid conflict by taking on issues that really were not mine to worry about.

Of course, it isn’t.

But in trying to ‘make things work’ I’m actually being complicit in a system which wants me to take the burden on myself rather than changing the system.

There will be times when making a bad situation work might lead to better opportunity for all. More often than not, it is unfair and counterproductive to expect those at a disadvantage to lobby for equality on top of simply living their lives.

Trying to “make something work” puts you on the back foot. Rather, those that have failed to already make sure their environment promotes equality should be on the defence. 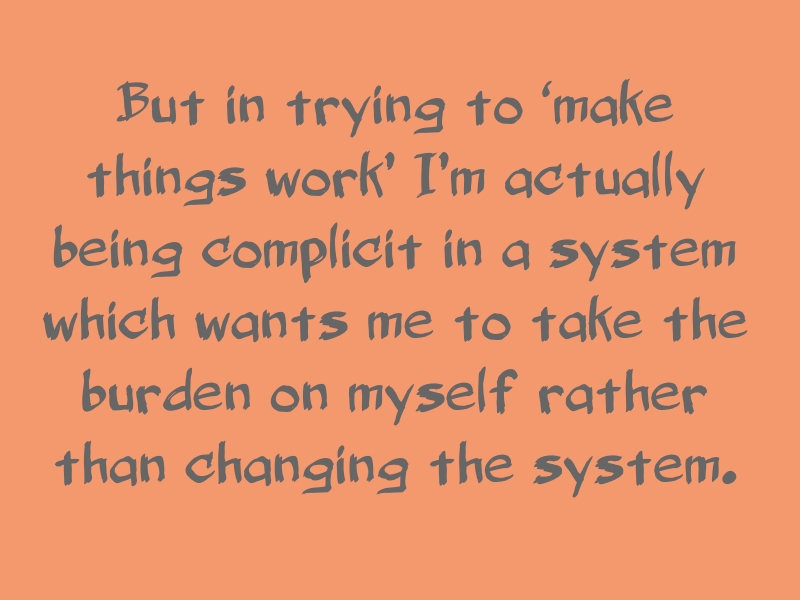 Find out how to stop ‘making things work’ and start changing the world by subscribing!